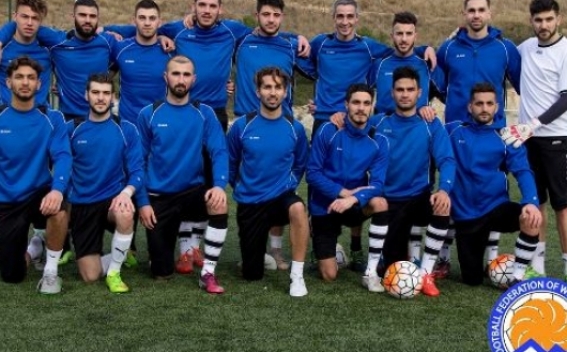 Football teams from non-recognized countries will gather in Abkhazia from May 28 to June 5 to participate in the 2nd World Cup of the Confederation of Independent Football Association.

This World Cup, held every two years, is called by the organizers “the biggest stage of international football outside of FIFA.”

All of the ConIFA World Cup games will be played at the Dinamo Stadium in Sukhumi, the Abkhazian capital.

If you manage to go to Abkhazia at that time, you’ll get to witness some very interesting national teams competing in the tournament, including Chagos Islands, Kurdistan, Northern Cyprus, Padania, Panjab, Raetia, Romani People, Sápmi, Somaliland, United Koreans in Japan, and Western Armenia. It is already 2 times Artsakh does not participate in the this World Cup.

Western Armenia is the territory of historic Armenia, which since 1923 is a part of Turkey. Today, the Western Armenia Football Federation has an active policy aimed at the renewal of its players.

Among the recent acquisitions of Western Armenia team are Levon Kurchikyan, from the German club "Cleve", Ivan Yagan from the Belgian club "Cercle Bruges" and several players from Yerevan club "Ararat". Previously, the team was also joined by the ex-midfielder of the youth national team of Armenia, the Swiss ‘’Servette’’club player Hrach Yagan, the midfielder David Azin from the German club '’Wegberg' ', and the goalkeeper Tigran Handzharyan from the Belgian team ‘’ Woluwe Zaventem'' etc.

Most of the national team players play in European clubs, which means that the team has really a very high and competitive level. Moreover, many believe that the favorite of the upcoming World Cup in Abkhazia is the National team of Western Armenia.

So good luck to our guys!