Russia -Turkey: What Contradictions should the Parties Overcome? 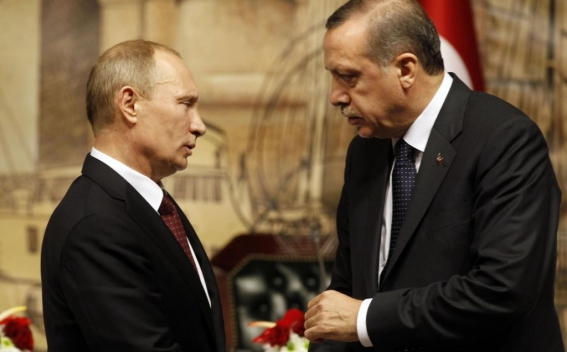 As a result of July 1 talks of Foreign Ministers of Russia and Turkey in Sochi the parties managed to bring their positions closed concerning the fight against terrorism. In particular, it is noted that the have agreed on the issue of who should be regarded as terrorists in Syria. According to Russian FM Lavrov, Turkey has agreed that the opposition should leave the positions of the terrorists, or they will be viewed as supporters of terrorism.

However, contradictions between Turkey and Russia  in Middle East policy and in particular the Syrian conflict do not end here. The parties are in the opposite camps on this issue.Turkey demands immediate resignation of Syrian President Bashar Assad, supports the Syrian armed opposition, according to some claims, cooperates with the "Islamic State" terrorist group and also demands from the international community to take measures against the Syrian Kurds. Russia in its turn, insists that Assad's fate should be decided by the Syrian people, provide military support to the government forces and cooperate with the Syrian Kurds.

There are contradictions between the two countries on the Crimean Tatars issue as well. After Crimea joined Russia, Turkey assumed the role of defender of Crimean Tatars' rights. Moreover, Erdogan said that Turkey would never recognize the "annexation" of Crimea and Turkey supported the territorial integrity of Ukraine, which naturally Moscow does not like to hear.

There is more economic than political cooperation between Russia and Turkey. Thus, before the crisis, Turkey was the 5th largest trading partner of Russia. At the same time Russia provides 60% of Turkey's natural gas demand. Trade turnover between the two countries in recent years has exceeded 40 billion dollars. The two sides have carried out joint projects, particularly in the energy sector. However, it should be noted that there is no smooth cooperation between Moscow and Ankara in this sphere, too. After nearly a year of negotiations, the parties were unable to agree on sale of gas price for Turkey to be given and as a result were not able to start the building of the "Turkish Stream" gas pipeline, which is of strategic importance for Russia.

Thus, even before the Su-24 crisis it was difficult to talk about classical strategic partnership between Russia and Turkey.