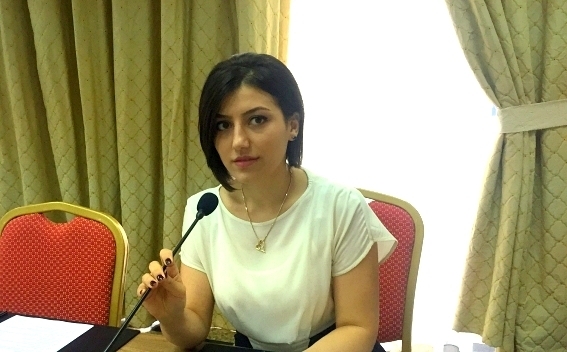 The Turkish Foreign Minister Mevlüt Çavuşoğlu has come up with another non-constructive statement in PACE. The latter referred not only to the Karabakh conflict but also to the Armenian-Turkish relations. Çavuşoğlu repeated that in the Karabakh conflict "Turkey supports any resolution which corresponds to Azerbaijan’s interests."

Such a statement from the PACE tribune once more proves the fact that a country with such a one-sided and non-constructive stance cannot be in the Minsk Group. It is high time for the powers involved in the conflict resolution, and first of all OSCE Minsk Group Co-Chairs states, takes steps to exclude any involvement of Turkey in the resolution process.

Commenting on the Armenian-Turkish relations Çavuşoğlu stated that "Turkey made efforts to  normalize relations with Armenia, signed an agreement in Switzerland, however it did not turn to be successful. "

Ignoring the fact that Turkey did not react adequately to the constructive initiatives of the Republic of Armenia, Ankara tries to accuse Armenia in suspension of the process, which is simply illogical. The international community has also its responsibility in such a licentious behavior of Turkey, to be more specific first of all the Co-Chairs, who have not exerted enough pressure on Turkey in spite of the fact that they themselves accepted that Turkey was the party to be blamed for the failure of Zurich process.

The Armenian-Turkish closed border and the isolation of Armenia is a vivid expression of aggression against Armenia, which contradicts the principles of international law. This along with many other factors justifies the necessity to re-launch the mission of PACE monitoring in Turkey.

If in Islamic and Turkic organizations such hostile and anti-Armenian actions by Azerbaijan and Turkey are possible due to certain circumstances, in the institution like PACE, which is said to protect European values, such a non-constructive and hostile actions should be excluded.

Of course, it does not mean, that we should ignore the efforts made by Azerbaijan and Turkey to make Karabakh conflict a topic of discussion in Islamic organizations. Besides voicing about the ineffectiveness of the process it is necessary to also carry out consistent work with such organizations and their member states to take Karabakh conflict out of their agenda and to end Turkish-Azerbaijani aspirations.