Off-Duty Police Officer, Who Shot Ambassador of Russia in Turkey Dead, Was From Erdogan's Security Team 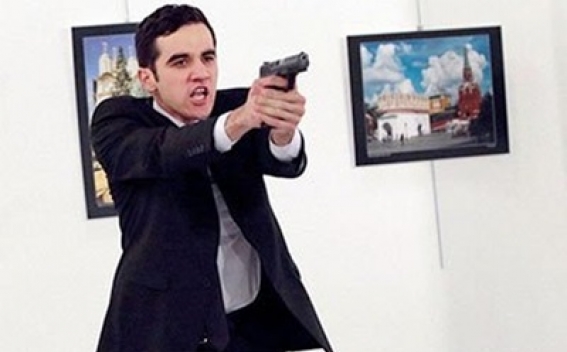 According to the Turkish newspaper Hurriyet, the off-duty police officer, who recently gunned down Russia’s ambassador to Ankara, is identiied as a member of the team providing security for President Recep Tayyip Erdogan, Press TV reports.

According to the source, he had provided security for the Turkish president eight times since July 15, when the country witnessed a failed coup. Overall, he had served two-and-a-half years in anti-riot police.

To remind 22-year-old Mevlut Mert Altintas, the officer shot and killed Andrey Karlov, the Russian envoy, as the latter was inaugurating a photo exhibition in the Turkish capital, Ankara, with nine bullets on Monday. The attacker was subsequently gunned down by the police.