Yaroslav Lisovolik: Yet There Are No Conditions for the Introduction of a Single Currency in the EAEU (EXCLUSIVE) 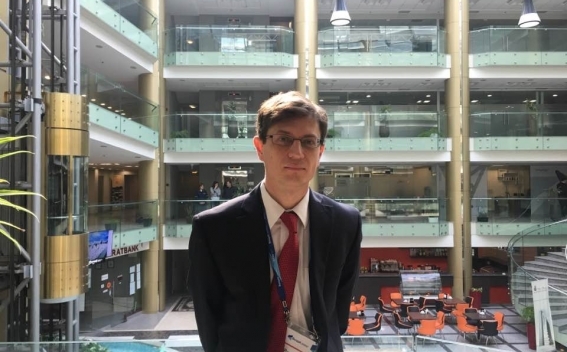 -More than a week ago the Minister in charge of the Development of Integration and Macroeconomics of the EEC Tatyana Valovaya expressed an idea that the introduction of single currency in the EAEU will end with a catastrophe. What is your opinion on this?

- Don’t you think that the absence of a single currency limits the pace and prospects for the development of such an economic integration union as the EAEU?

- I think that at the moment, the introduction of a single currency can generate more risks for growth than drivers. In order the introduction of a single currency became a factor of growth in our countries a long preparatory stage and strengthening of long-term fruits of economic integration and coordination of macroeconomic policies are needed. The example of the EU shows that even on the basis of the long preparation and experience of integration, after a fairly successful initial stage in the life of single currency, difficulties and challenges arose in the future related to the lack of balance in the integration processes and the macroeconomic policy carried out.

All this shows that at the moment our countries need to concentrate on reducing their economic imbalances, as well as on improving the coordination of economic policy, including in terms of ongoing anti-crisis measures.