UK Parliament MP: If a Referendum Is Held Northern Ireland Will Again Vote for Remaining Within the UK (EXCLUSIVE) 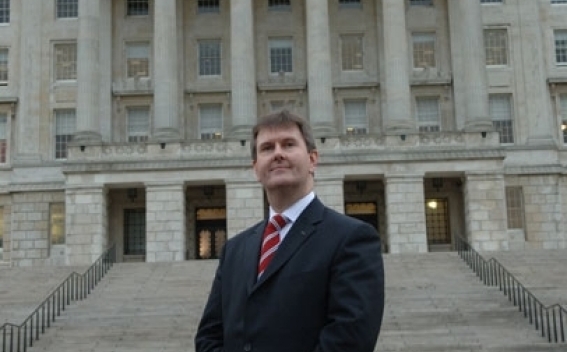 "Armedia" IAA presents an exclusive interview with Northern Irish politician and Member of  the UK Parliament for Lagan Valley representing the Democratic Unionist Party, Jeffrey Donaldson on the recent EU summit and the discussions over the future of Northern Ireland after Brexit.

- Mr. Dolandson, is there any consensus between the EU and the UK to fix the possibility of the reunification of Northern Ireland and the Republic of Ireland and through that the perspective of the united Ireland becoming an EU member state.

- Do you consider holding a referendum in Northern Ireland possible? If this is the case, do you see any risks of resumption of the conflict?

- I don’t think that the referendum is likely to take place in a short term, but if a referendum was held, I believe that the result would be the vote of the Northern Ireland to remain within the United Kingdom. Hopefully that would not result in the resumption of a conflict and I see no reason why it should. And on the question of the EU membership, the EU has made it clear that with the case of Germany, when Eastern Germany was reunified with Western Germany, the former automatically became the part of the European Union. And so it is in Ireland: if Northern Ireland was to leave the United Kingdom and become part of the United Ireland, then the EU has made it clear that in all probability Northern Ireland would then become the part of the EU automatically.

- Can the EU use the issue of the reunification of Ireland as a tool for threatening Great Britain to quit the idea of Brexit?