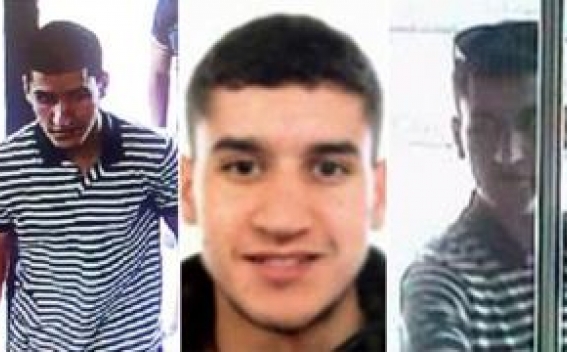 Police in Spain have confirmed the identity of the suspected driver of the van which ploughed into dozens of people in last week's Barcelona attack, BBC reports.

Younes Abouyaaqoub, 22, could be armed, officials say, and the manhunt has been extended across Europe.

New CCTV footage from the day of the attack appears to show him fleeing the scene on foot.

The death toll from the Barcelona bloodshed and the later attack in the resort of Cambrils has risen to 15.

Thirteen people were killed in the first attack on Barcelona's Las Ramblas avenue.

Hours later, a woman died in Cambrils when a car was driven into pedestrians. Five suspected jihadists were killed at the scene by police.

Officials have now confirmed a 15th victim, stabbed to death in his car on the outskirts of Barcelona by Abouyaaqoub, police say, as the suspect fled on foot and hijacked the vehicle.

At a news conference on Monday, officials also revealed there were "strong indications" that an imam suspected of radicalising the young men who carried out the attacks had died in an explosion at a house that was being used as a bomb factory.