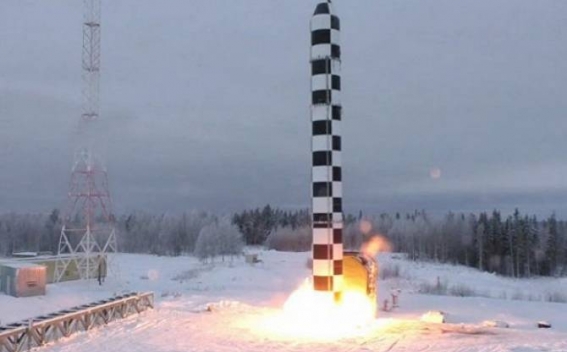 The Russian Defense Ministry has published a video that shows the second launch test of the new heavy intercontinental ballistic missile (ICBM) Sarmat. The ministry says the test was a success, RT reports.

The test took place at the Plesetsk Cosmodrome in Russia's northwest. The Sarmat, a recently-unveiled heavy missile set to replace the Soviet-era Voevoda (NATO reporting name Satan), has had its performance confirmed during pre-flight and early-flight stages, the Defense Ministry said in accompanying press release. The video shows the missile, painted in black and white checkers for easier speed measurement, being propelled out of an underground silo, then starting its own engine and going on up.

The Sarmat is part of Russia's new arsenal unveiled by Vladimir Putin in late February. An ICBM touted to have virtually no range limit, it is projected to be able to carry massive payloads across the North or the South pole to anywhere on the planet.