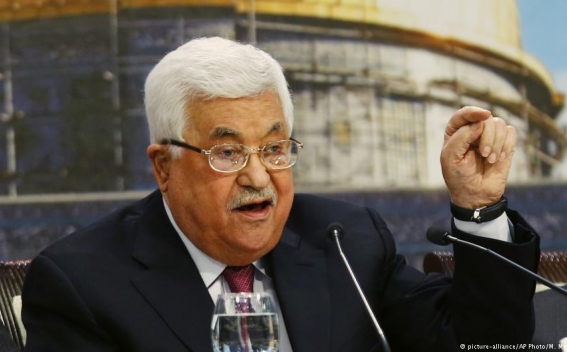 Palestinian Authority President Mahmoud Abbas told a group of Israeli lawmakers and activists on Sunday that President Donald Trump’s negotiating team had asked whether he would agree to a confederation with neighboring Jordan, Bloomberg reports.

Peace Now’s executive director Shaqued Morag, who attended the meeting, said Abbas told the U.S. that he would agree to a trilateral confederation that includes Israel. Decades ago, Israeli officials mooted the notion of a confederation between the Palestinians and Jordan, but not one that would include Israel. Israeli government spokesmen couldn’t immediately be reached for comment.

A statement from Abbas’s office said the president emphasized in the meeting that “peace must be reached no matter how great the challenges and difficulties it faces.” The statement didn’t mention a confederation proposal. Mohammed al Madani, head of communication with the Israeli society, declined to elaborate.

A confederacy with Jordan would likely mean an end to Palestinian aspirations for independence. The idea has long been advocated by Israelis who are generally opposed to an independent Palestinian state. Gideon Sa’ar, a member of the Likud party, recently floated it as a way to leave the Palestinians with less than full sovereignty.