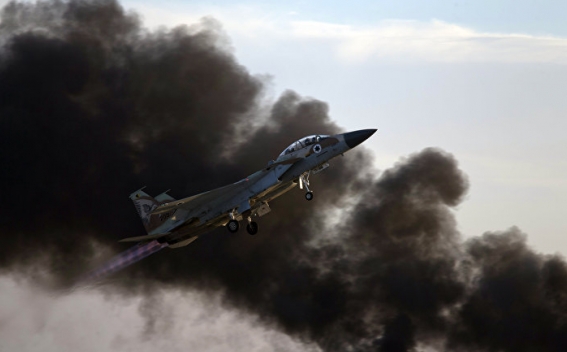 The Russian Defense Ministry held a press conference to discuss the destruction of a Russian military aircraft with people on board off the coast of Syria, which happened at the same time that Israeli and French forces were mounting aerial attacks on targets in Syria, sputniknews reports.

The Il-20 aircraft has been downed by Syrian military forces after Israel jets put it under attack off the Syrian coast, Russian Defense Ministry spokesman Maj. Gen. Igor Konashenkov stated. According to the spokesman, the Israeli jets deliberately created a dangerous situation in Latakia. He stressed that Israel's aviation control systems could not but notice the Russian aircraft as it was landing.

Israel's Embassy in Moscow has refused to comment on Russian Military's statement on Il-20 crash.

Earlier in the day, French military Colonel Patrik Steiger said that Paris denied "any involvement in the incident."