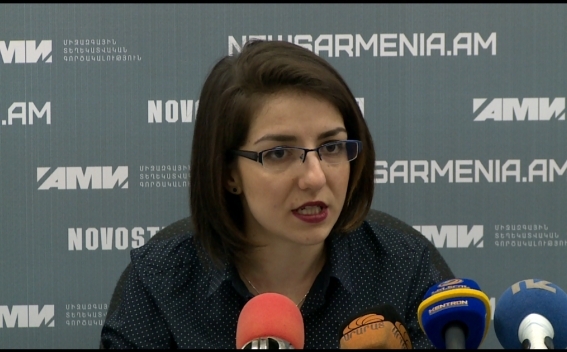 Active internal political processes still continue in Armenia, which will systematically proceed to the election campaign, and the final stabilization of the situation is likely to be expected only at the beginning of next year. All this, of course, is reflected directly or indirectly on the foreign policy of Armenia. One of the latest manifestations of this was the transfer of the CSTO Parliamentary Assembly session from Yerevan to Moscow.

The decision to postpone the meeting was due to the fact that after the resignation of Armenian Prime Minister Nikol Pashinyan in late October, the National Assembly will be dissolved, which means "with whom will we hold the Parliamentary Assembly?" With acting officials? This is illogical and wrong. "Leonid Kalashnikov, head of the Russian State Duma committee on CIS affairs, Eurasian integration and relations with compatriots, said that the session would be quietly held in Moscow, and after stabilizing the situation they will work with new deputies and the new prime minister.

The decision to postpone the venue of the session, of course, does not mean deterioration of Armenia’s relations with other CSTO member states. However, it can be said that what has happened is a consequence and a continuation of not very smooth developments in relations between Armenia and the CSTO in recent times.

On the one hand, based on the internal political situation in Armenia, it is expected that the newly elected parliament will be almost completely different from its current composition, and the current parliamentarians will have less leverage to ensure further implementation of the agreements reached. But at the same time, it should be borne in mind that these deputies on the international platforms represent the Republic of Armenia, and not their own parties, therefore parliamentary diplomacy should also be based on the principle of continuity.

From this decision, the CSTO PA can conclude that foreign partners do not particularly trust Nikol Pashinyan’s assurances of ensuring continuity in foreign policy and are not sure that the newly elected parliament will continue to support the current parliamentary agreements.
And, taking into account the strategic, allied nature of the RA-RF relations, it would be more understandable and acceptable to decide to hold a meeting in Yerevan, and not to transfer it to Moscow.

The question has a different side. In the current agenda of the CSTO PA today there are no such important issues in which the composition of the Armenian delegation plays a fundamental role. Therefore, this is a more political decision, a political signal, which to some extent may be a response to the events concerning the identity of the CSTO Secretary General, Yuri Khachaturov, which were quite negatively perceived by colleagues from the CSTO.

The task of the current authorities is to correctly perceive these signals from the outside world and take them into account. It should not be allowed to take a blow against the background of the domestic political agitation of the reputation of Armenia on the foreign policy field, which will significantly aggravate further dialogue and reduce the chances and opportunities to protect our interests.