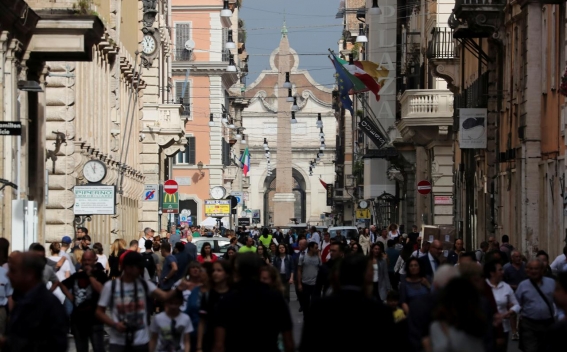 Italy’s coalition government has agreed on the “numbers and contents” of the budget it will propose to Brussels in an effort to avoid disciplinary action over its plans to hike deficit spending next year, a League party spokeswoman said on Monday, Reuters reports.

The European Commission rejected the Italian budget in October, saying it would not lower the country’s huge debt and declaring it in clear breach of EU fiscal rules. Rome submitted a revised plan last week with a lower deficit.

But a final deal with Brussels has yet to be reached, and the government sat down on Sunday evening to a marathon meeting to hammer out the details of a possible compromise.

“We have found an agreement on further fiscal reductions that probably will be appreciated by the EU,” Deputy Prime Minister Matteo Salvini, leader of the right-wing League party, said after the meeting, Ansa news agency reported.

He did not give any details. Italy’s original budget proposal envisaged a deficit equal to 2.4 percent of gross domestic product in 2019, up from 1.8 percent this year. The revised plan presented last week lowered that to 2.04 percent.

“We are optimistic” that the EU won’t open a disciplinary action, economy ministry undersecretary Massimo Garavaglia said later in an interview with state-owned radio RAI.

Time is running out to finalize the 2019 budget law, which must be passed by the end of the year. The government summit ended after more than four hours and few details were given.

Salvini and his coalition partner Luigi Di Maio, leader of the anti-establishment 5-Star Movement, have agreed with Prime Minister Giuseppe Conte that any deal with Brussels must not interfere with their flagship reforms - income support for the poor and a lower retirement age.