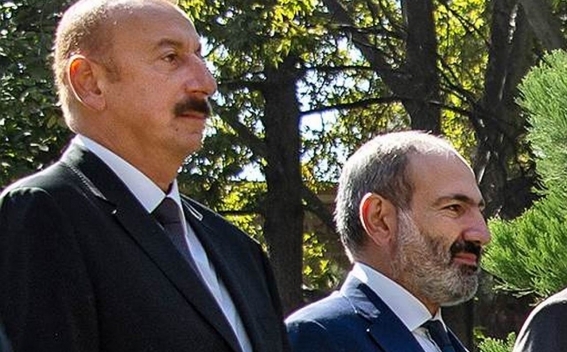 Before the revolution, from the beginning of the year, the mediators made active efforts to organize a meeting between the presidents of Armenia and Azerbaijan and to advance the process of implementing confidence-building measures, including those measures agreed to during the Summits in Vienna, St. Petersburg and Geneva. On February 9-11, they visited the region, held meetings with the leaders of Armenia, Artsakh and Azerbaijan. In a press statement following the visit, the OSCE Minsk Group co-chairs called on the sides to fulfill these agreements and expressed readiness to support the conflict settlement process based upon the Helsinki Principles. In April-May, during the revolution, some tensions were observed on the borders, which were also confirmed by the mediators.

In particular, they issued a statement on April 23, in which they emphasized the importance of respecting the ceasefire in light of ''recent political developments in the region and the possibility of escalation along the line of contact'' and urged the sides to resume negotiations as soon as possible. After the revolution, meetings between the sides, as well as with the mediators of the negotiation process, were intensified, which was conditioned by the desire to get acquainted with the position and intentions of the new authorities of Armenia. Immediately after the revolution, the co-chairs of the OSCE Minsk Group made a regional visit, during which they also visited Artsakh.

As follows from the statements of the OSCE Minsk Group co-chairs, a constructive dialogue has been established between the leaders of Armenia and Azerbaijan. This is also evidenced by the agreement reached between Nikol Pashinyan and Ilham Aliyev on September 27-28, in Dushanbe on preventing further ceasefire violations and establishing a system of operative communication. It should be noted that the agreements, in general, are being implemented, although at the end of the year, the Artsakh Defense Army announced about violations by Azerbaijan.

However, it is a matter of concern that these verbal agreements have pushed to the background what had been achieved in 2016-2017 during the Summits in Vienna, St. Petersburg and Geneva, which were fixed by joint declarations and were more fundamental. In particular, introduction of ceasefire violation investigation mechanisms and the expansion of the office of the Personal Representative of the OSCE Chairperson in Office will provide more reliable and acceptable facts for the international community on possible violations of the ceasefire regime, which in its turn will be a much more effective way of avoiding escalation.

Taking advantage of the established dialogue, the Azerbaijani side also puts forward new proposals as confidence-building measures: it's about exchanging prisoners on the principle of "all for all". The Azerbaijani authorities announced about it earlier, but during this autumn, the talks about it have acquired particular intensity. In particular, Nikol Pashinyan said that on December 6, in St. Petersburg at the CIS summit, during a meeting with Aliyev, they "talked about the exchange of prisoners, no agreement was reached, but the discussions will continue." By imposing such a demand, Azerbaijani authorities intend to release two Azerbaijanis arrested in Artsakh - Dilham Askerov and Shahbaz Guliyev, which were sentenced to life imprisonment and 22 years in prison, respectively, by the Artaskh court in 2014, for espionage, illegally crossing the state border of Artsakh, illegal carrying of firearms and ammunition, kidnapping and murdering two persons.

As for the conflict settlement process directly, there have been no formal negotiations on this issue throughout the year, at the meeting of foreign ministers an attempt was made to clarify the position of the Armenian authorities. It is important to note that on December 6, within the framework of the annual meeting of the OSCE Ministerial Council, a joint statement was adopted, in which the parties expressed their readiness to continue negotiations, including organizing a meeting between Aliyev and Pashinyan in 2019.

Summing up the year, it can be noted that, despite the domestic political processes, and partly in connection with them, the year was quite active in terms of bilateral and multilateral contacts on the Artsakh conflict.

During the meetings between the sides, a certain constructiveness was noted, which was expressed through the harmonization of confidence-building measures and their implementation. At the same time, the settlement of the conflict was not officially discussed.

The noted constructiveness and punctuality of Azerbaijan are not coincident at all, but a desire to take advantage of the situation and promote their interests.

Therefore, next year, Armenia and Artsakh should be especially vigilant to not leave important issues out of the agenda and not follow the agenda dictated by Azerbaijan. In all likelihood, next year will also be full of bilateral and multilateral meetings.