EU-Armenia Relations in 2018: Uncertainty and Expectations 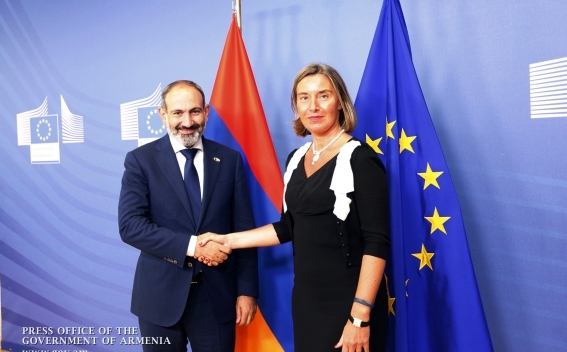 On April 11, 2018, the National Assembly of Armenia unanimously ratified the agreement, which made it possible to proceed to its partial implementation from June 1. The European Parliament approved the agreement on July 4. However, the agreement will fully enter into force after the process of ratification is completed by all EU Member States. During 2018, the ratification process was completed in Estonia, Latvia, Lithuania, Bulgaria, Poland, Luxembourg, Great Britain, Denmark and Romania.

Quick ratification of the agreement is very important for Armenia, as all provisions will come into force after its ratification by EU member countries. Currently only the provisions relating to Armenia-EU relations are being implemented; they do not relate to individual EU member states.

It does not seem that EU countries intend to create additional obstacles for ratification, but after the Armenian revolution, the need for quick ratification is rarely emphasized at the highest level of the Armenian authorities which may give the impression that the current authorities attach little importance to the agreement. At the same time, the Armenian and European executive bodies have actively and consistently cooperated throughout the year. On June 20-21, the first meeting of the Armenia-EU Partnership Council was held in Brussels, which is the format of ministerial cooperation and the main decision-making institution. On 27 November, the European Union and Armenia held the first meeting of the Partnership Committee in Yerevan. A roadmap was preapred for the implementation of the Armenia-EU Agreement, which fixes concrete actions in all directions - more than 300 actions.  On October 24, the first meeting of the EU-Armenia Parliamentary Partnership Committee took place in Brussels, during which a joint statement was adopted. The planned amount of the EU assistance to Armenia for the period 2017-2020, which is up to €160 million, continues to be implemented. According to data released by the Ministry of Economic Development and Investments of Armenia, in 2017 European Union provided 34.5 million Euros to Armenia and in 2018 - 36 million Euros + 10 million Euros. It is planned that the budget of 2019 by 10 percent will exceed the budget of 2018, in this direction appropriate programs are being developed.

After the revolution there was some misunderstanding on financial issues between the EU and the new authorities of Armenia.  In particular, in the background of positive assessments from Brussels on the peaceful revolution in Armenia, Armenian authorities expected a significant increase in the volume of financial support, but the European Union was in no hurry to increase funding, expecting visible progress in reforms and concrete results. In addition, the wait-and-see position of the EU was also connected with the planned early parliamentary elections in Armenia.

The current uncertainty has its influence also on the political relations between Armenia and the EU. In 2018, for the first time in a long time, no high-ranking official representing the European Union (not the EU member states) visited Armenia. Newly-appointed Prime Minister of Armenia did not make an official visit to the EU, too. On July 11-12,  Nikol Pashinyan held meetings in Brussels with the leadership of the European Union as part of the informal summit of NATO countries and its partners. Pashinyan met with High Representative of the EU for Foreign Affairs and Security Policy Federica Mogherini, European Commission President Jean-Claude Juncker and the President of the European Council Donald Tusk. The sides expressed readiness to continue and develop cooperation. However, after visiting Brussels, it became clear from Pashinyan’s statements that there was some misunderstanding between the EU and Armenia:  Armenian authorities set demands but didn't get any answer. This was followed by a statement by the EU Ambassador to Armenia, Piotr Świtalski, in which he stressed that they are open and ready to listen to the expectations of the Armenian authorities but the expected support will be mainly institutional, technical and financial. The main problem is that the change in the volume of financial assistance provided to Armenia by the EU cannot be only due to the domestic political processes in the country.  Funding is carried out according to the ''more for more'' principle, which means that for more funding more reforms, more concrete results and developed projects are needed. The EU must understand what to pay for.

There was also no progress on the issue of visa liberalization process during the year.

Summing up the year, we can note that 2018 was important in terms of starting the process of ratification and implementation of the Comprehensive and Enhanced Partnership Agreement as well as in terms of establishing institutional cooperation between Armenia and the EU in the context of the newly signed agreement. At the same time, some uncertainty arose in the political dialogue, which is important to overcome after the elections. Direct contacts with the EU leadership were quite rare, and for European partners it is not quite clear how the new authorities imagine the development of relations with the European Union.  In order to expect more support from the EU, the Armenian authorities, first, must clearly define their expectations and, second, take concrete steps to demonstrate their willingness towards continuing and developing the cooperation.

Next year, it is necessary to conduct active and intensive work with the EU at the highest level, including advancing the process of ratification of the Armenia-EU agreement.