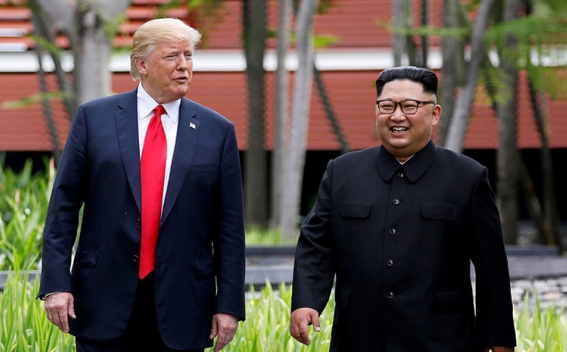 The Trump administration is scouting locations for a second summit between President Donald Trump and North Korean leader Kim Jong Un, despite the fact that talks between North Korea and the United States appear to be at a stalemate, according to two sources familiar with the planning process, CNN reports.

On Wednesday, Trump struck an upbeat tone as he waved what he called a "great letter" from Kim in front of reporters and his Cabinet in the Oval Office. Trump did not reveal what it said but sources familiar with the letter said it was designed to remind Trump of the strength of their relationship and maintain the President's enthusiasm for the process.
The last time Trump received a letter from Kim was in September, after Trump canceled Secretary of State Mike Pompeo's visit to North Korea, citing a lack of "sufficient progress" on denuclearization.
Հայերեն На русском