Erdogan Urges Trump to Fulfill Promise on US Withdrawal From Syria 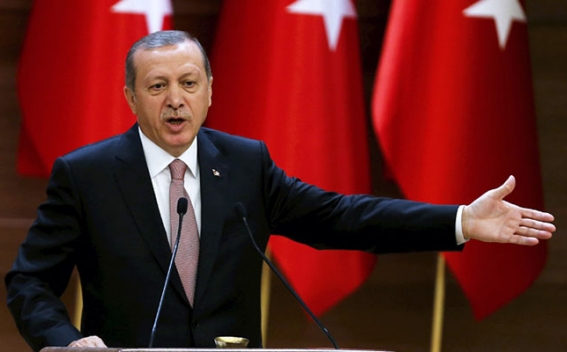 Turkey expects US President Donald Trump to deliver on his promise to pull US military out of Syria in the near future, Turkish President Recep Tayyip Erdogan said on Sunday, Sputnik reports.

"Mr. Trump has vowed that the United States would leave the east of the Euphrates. We hope that this promise will be fulfilled in the near future. We do not want to live under threat and are ready to do everything necessary to eliminate it", Erdogan told the Turkish TRT broadcaster.

The buffer zone in the north of Syria should be controlled by Turkey and it will do everything possible to maintain security in the area, the Turkish president noted.