Why Iran Supports Turkey, Or the Regional Puzzle in Syria 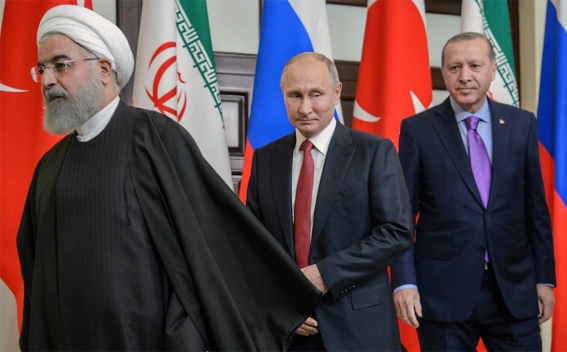 on March 18 Iran and Turkey launched a joint anti-terrorist operation on the Turkish-Iranian border against the militants of the Kurdistan Workers' Party, turkish Interior Minister Suleyman Soylu said.

Operations against PKK militants considered as terrorists in Turkey, especially during the pre-election period, are a good opportunity for the ruling party to attract a nationalist-minded electorate. Therefore, such an operation on the eve of March 31 local elections was quite expected.

The Turkish authorities not only receive political dividends from operations against the PKK, but also address the country's security issues. And for Iran this operation can become a headache. Thus, it is in Iran that the Party of Free Life of Kurdistan operates, being considered the Iranian counterpart of the PKK.

Since 2011 there has been an unofficial truce between the "Party of Free Life of Kurdistan" and the Iranian authorities and actions against the PKK can instigate the party, which will cause problems inside Iran. Likely due to such concerns Iran has not joined the previously announced operation against the PKK.

Tehran's concerns obviously prevail, but it seems to be implicit.

Moscow doesn’t oppose Israel's campaign against Iranian presence in Syria, moreover, understands Tel-Aviv's concern over the Iranian presence in that country (Moscow fears that Syria may turn into an arena of clashes between Iran and Israel, setting the conflict to a completely new course).

In such conditions Turkey’s support in this issue is essential for Tehran, since it can significantly ease Russia's pressure: a breach of the Astana format could mar Moscow's image and undermine its influence on the settlement of the Syrian crisis.

Iran's backing in a crucial issue  as such for Turkey (in the fight against Kurdish militants) probably is the price that Tehran is ready to pay for Turkey’s support in Syria (as opposing Russian-Israeli cooperation in Syria).

Meanwhile, Ankara is also concerned about the growing influence of Israel in the region and is trying to prevent it. It is interesting that recently Israeli Prime Minister Benjamin Netanyahu and Turkish President Recep Tayyip Erdogan had a verbal fight. Of course, the pre-election period in both countries plays an important role, but the verbal fight between Erdogan and Netanyahu once again testifies to radical disagreements between the two countries.

It should be noted that regardless of Turkey being against Israeli influence in the region, its support to Iran in this issue may be limited. Now it is more important for Turkey to reach an agreement with Russia over Idlib issue. Moscow is already edgy over presence of terrorists in this Syrian province, transferred under Turkish control, and Russia does not rule out liberation of the province on its own, which is not in Ankara’s regional interests.

In this context it is interesting that Russian FM Segey Lavrov’s visit to Turkey was postponed twice: in the first case because of Lavrov’s schedule, in the second case – the force majeure situation in the schedule of Cavushoglu. During the visit the sides were going to discuss the Syrian conflict and preparation of Putin-Erdogan meeting, scheduled in Moscow early in April.

Of course, the postponement of the meeting may account for officially announced reasons. But it is also not excluded to be due to disagreements between the sides in Syria.

In fact, Russia, Iran and Turkey are trapped in Syria and they do not yet have an action plan as to how to get out of it. Moreover, if in the active phase of hostilities the parties were united in establishing lasting ceasefire in Syria, now, when the issue is almost settled, completely different approaches of Moscow, Tehran and Ankara to the Syrian conflict settlement can let to a deadlock in the political settlement process.