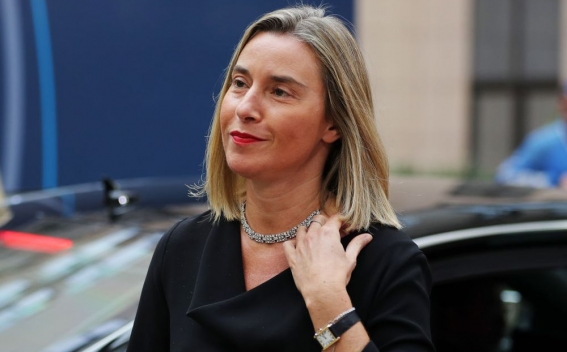 " Let me be very clear, the European Union will continue to not recognize Israeli sovereignty on territories occupied in 1967," she told an Arab League summit in Tunis.

“Any future plan will have to recognize the internationally agreed parameters including on the 1967 lines with mutually agreed swaps, and the status of Jerusalem as the future capital of the two states.”

President Donald Trump signed a proclamation last week recognising the Golan Heights as part of Israel, which annexed the area in 1981 after capturing it from Syria in 1967.

Trump's Golan decision followed a US move less than four months ago to recognise Jerusalem as Israel's capital, a decision that also drew Arab condemnation.