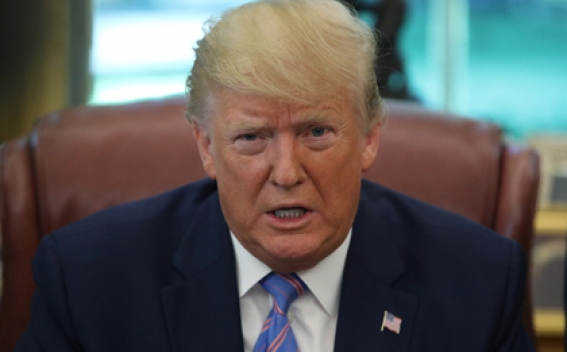 Donald Trump, the president of the United States, has warned Iran it "better be careful" after Tehran announced it would begin enriching uranium beyond a limit set in an international nuclear accord, Aljazeera reports.

On Sunday, Iran said it was hours away from passing the 3.67 percent uranium enrichment cap set in the deal, and threatened to keep reducing its commitments every 60 days unless the remaining signatories to the accord  - United Kingdom, Germany, France, Russia and China - protected it from US sanctions.

It had already surpassed the uranium stockpile limit set in the accord on July 1.

When asked about the latest Iranian moves, Trump said on Sunday: "Iran better be careful because you enrich for one reason, and I won't tell you what that reason is, but it's no good."

He did not elaborate on what actions Washington might consider, but told reporters that Tehran "will never have a nuclear weapon". Iran denies seeking nuclear weapons and refers to a religious decree issued in the early 2000s by Supreme Leader Ali Hosseini Khamenei that forbids "the production, stockpiling and use of weapons of mass destruction, and specifically nuclear arms".