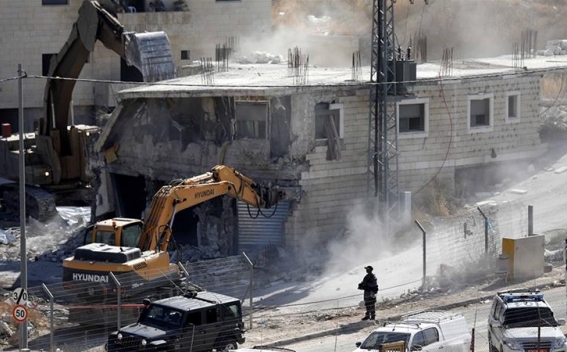 Hundreds of Israeli troops, accompanied by bulldozers, have begun demolishing homes in the Palestinian village of Sur Baher despite Palestinian protests and international criticism, aljazeera reports.

The Israeli military considers the homes, which are close to an Israeli separation wall that crisscrosses the occupied West Bank, a security risk.

The Israeli Supreme Court ruled in favour of the military last month, ending a seven-year legal battle, and set Monday as the deadline to knock down the homes. Palestinians say the act will set a precedent for other towns along the route of the barrier, which runs for hundreds of kilometres around and through the occupied West Bank.