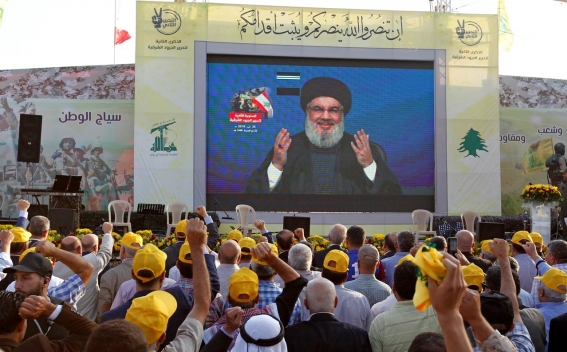 Hezbollah leader Sayyed Hassan Nasrallah on Sunday warned the Israeli army stationed along the border with Lebanon that his movement was preparing an imminent response to two Israeli drones which crashed overnight in a suburb of Beirut, Reuters reports.

Nasrallah, whose Iran-backed movement fought a one-month war with Israel in 2006, issued the toughest warnings to his enemy in years.

“We are in a new stage,” Nasrallah said in a televised speech, referring to the group’s long enmity with Israel.

He said the “suicide drone” attack was intended for a specific target and was a “very, very, very dangerous development” and that everything possible would be done to prevent a repeat.