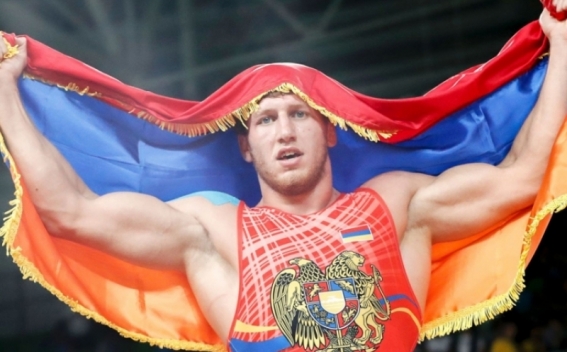 The Armenia Greco-Roman wrestling team has left for Kazakhstan’s capital, Nur-Sultan, where the World Championship will be held from September 14-22.
Greco-Roman wrestlers will be the first to start the struggle for medals and Olympic qualifications.
In Kazakhstan Armenia will be represented by Norayr Hakhoyan (55 kg), Gevorg Gharibyan (60 kg), Slavik Galstyan (63 kg), Karen Aslanyan (67 kg), Malkhas Amoyan (72 kg), Karapet Chalyan (77 kg), Maksim Manukyan (82 kg), Artur Shahinyan (87 kg) and Artur Aleksanyan (97 kg).
The ANOC official website will cover one of the most important championships of the year from the competition place.