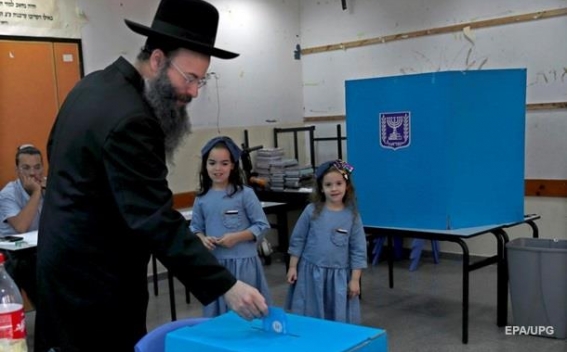 Prime Minister Benjamin Netanyahu's Likud party and Benny Gantz's Kahol Lavan are tied but neither can secure a ruling majority, with 92 percent of the votes in Israel's Tuesday election counted, according to a source in Israel's Central Elections Committee, Haaretz reports.

According to the partial results, Likud and Kahol Lavan won each 32 out of 120 Knesset seats. Netanyahu's bloc, comprised of right-wing and ultra-Orthodox parties, currently stands at 56 seats. The center-left bloc, excluding Arab parties, has 43 seats.

Avigdor Lieberman, whose Yisrael Beiteinu party is projected nine seats, is expected to be the election's kingmaker. On Wednesday morning, he reiterated his support for a "broad liberal unity government," which would include Yisrael Beiteinu, Likud and Kahol Lavan.