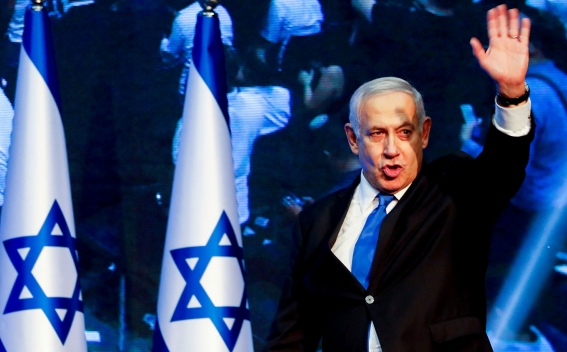 Exit polls suggest his right-wing bloc is on course to win 59 seats to become the biggest group but still short of a majority by two seats.

Nevertheless, Mr Netanyahu declared the outcome "the biggest win of my life".

Monday's election was Israel's third in less than a year, after neither leader was able to form a government.