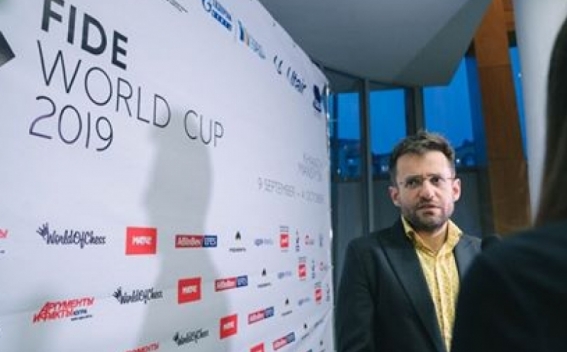 Levon Aronyan tied the game with Vietnamese Le Quang Liem with black pieces in the first game of the 1/8 final of the FIDE World Cup being held in Russia’s Khanty-Mansiysk.
The second games of the 1/8 final will be played on 21 September.
Let us recall three other representatives of Armenia have dropped out of the competition. Robert Hovhannisyan and Armenia’s current champion Arman Pashikyan failed to overcome the first round and Sergei Movsesyan lost to Chinese Ding Liren in the second round.

Levon Aronyan is the current winner of the FIDE World.