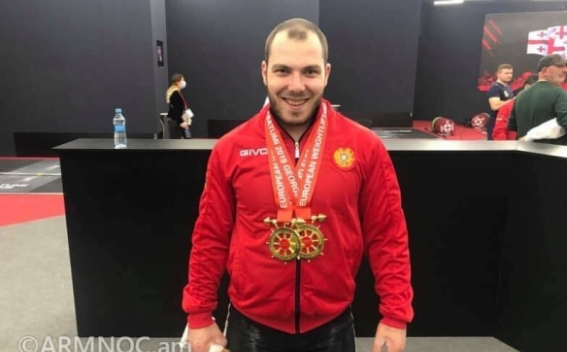 Armenia’s representative Hakob Mkrtchyan became world weightlifting champion.
The European current champion scored a total of 375 kg (167+208) in the 89 kg weight class of the World Weightlifting Championship being held in Thailand.
In the snatch the Armenian weightlifter was the fourth and in the clean and jerk he won a small silver medal.
Armenia’s another representative in the same weight class, European bronze medalist Davit Hovhannisyan took the 12th position with a total of 355 kg (160+195).
Armenia has 5 more representatives at the World Championship.