Tusk: No-Deal Brexit will Never Be Our Decision 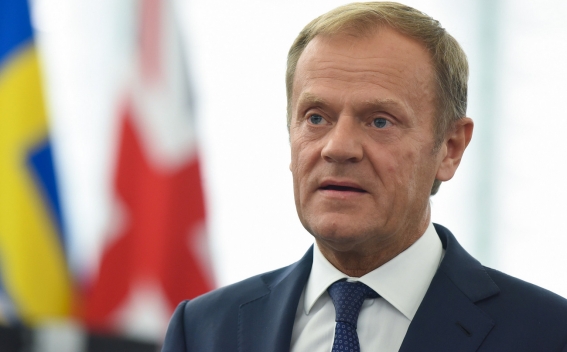 Donald Tusk has in effect confirmed that the EU will grant a Brexit delay beyond 31 October, with the terms of the extension of UK membership depending on developments in Westminster, The Guardian reports.

As MPs prepare to have their first vote on the revised Brexit deal, the president of the European council told the European parliament that the EU’s final response to Boris Johnson’s letter seeking an extension would be given “in the coming days”.

Tusk told MEPs in Strasbourg: “The situation is quite complex following events over the weekend in the UK and the British request for an extension of the article 50 process.

“I’m consulting the leaders on how to react and will decide in the coming days. It’s obvious that the result of these consultations will very much depend on what the British parliament decides or doesn’t decide.

“We should be ready for every scenario but one thing must be clear, as I said to Prime Minister Johnson on Saturday, a no-deal Brexit will never be our decision.”