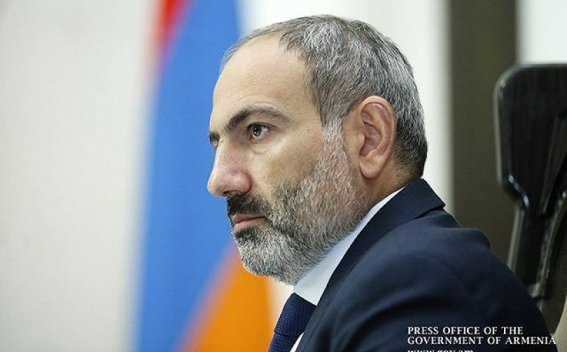 Armenian Prime Minister Nikol Pashinyan said he had discussed the safety of the Armenian population in the northern Syrian city of Qamishli with Russian President Vladimir Putin in the past, TASS reports.

"There is a city named Qamishli in northern Syria. It is [home to] approximately 3,000 of Armenians. I talked with the Russian president about that. We shared our concerns, and I asked the president of Russia to do his best to defend the interests of Armenians specifically in Qamishli. During that period, tensions there were very high due to Turkey’s incursion," Pashinyan said in an interview with Russia’s Kommersant daily.

In that regard, the Armenian premier thanked Putin, because "in the final analysis, security interests of Armenians living in that sector were taken into account."

"We hope that the agreements that had been achieved will be implemented and the security interests of Armenians will be respected," he added.

According to Pashinyan, Russia has multiple levers in Syria to ensure the safety of the Armenian minority in the country.

"Armenia also has a mission to Syria. However, our mission is a humanitarian one and has no relation to security issues," he said.

On October 22, Russian President Vladimir Putin and Turkish President Recep Tayyip Erdogan signed a memorandum on joint actions in northeastern Syria. According to the document, as of noon October 23, Russian military police and Syrian border guards have started to monitor the withdrawal of Kurdish military formations to the depth of 30 km from the border. Russia and Turkey will begin the joint patrolling of the area 150 hours later.

In line with the memorandum, the Russian military police will patrol the Syrian-Turkish border area, including the Qamishli city area.