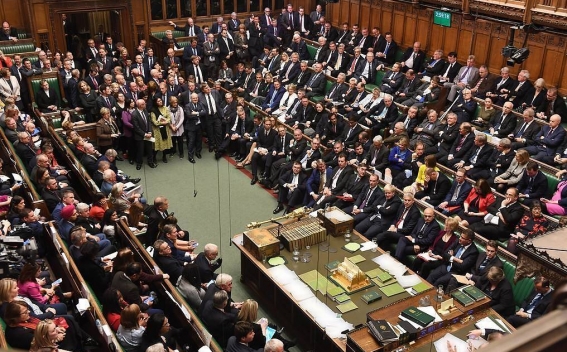 MPs voted on Tuesday night to finally resolve their Brexit deadlock by calling a general election, setting the stage for a 12 December contest that could be the most unpredictable in a generation. Boris Johnson won his fourth bid to go to the polls by 438 to 20 after Jeremy Corbyn declared that Labour would support an election as a "once-in-a-generation chance to transform our country". The pre-Christmas vote will be the first December poll since 1923, The Guardian reports.

The Liberal Democrats and Scottish National party abstained, after their preferred day for it to be held – 9 December – was rejected. Almost half of all Labour MPs were absent or voted against the legislation in a sign of unhappiness about a snap election, although some blamed a mix-up by the whips for their failure to attend.

Parliament will dissolve next Wednesday for a short campaign of five weeks, so long as the House of Lords passes Johnson’s legislation as expected in the coming days.

Corbyn set the stage for his campaign by calling on voters to kick out Johnson’s Conservatives who think they are "born to rule", while Jo Swinson, the Lib Dem leader, said it was "our best chance to elect a government to stop Brexit".

Speaking earlier in the House of Commons, Johnson argued that a "new and revitalised" parliament was needed to take Britain out of the European Union. "We are left with no choice but to go to the country to break free from this impasse," he told MPs.

But he later struck a cautious note, telling a backbench meeting of Tory MPs that it would be "a tough election but we will do the best we can". He told them he had not wanted an election but was forced to seek one because Labour would have "sliced and diced" his Brexit legislation beyond recognition.

In a move to unite his party, the prime minister decided to readmit 10 of the 21 MPs he expelled last month for defying his Brexit plan.

The major battle lines of the campaign will be drawn along on the subject of Brexit, after Johnson failed to take the UK out of the EU on 31 October "do or die" as he had promised.