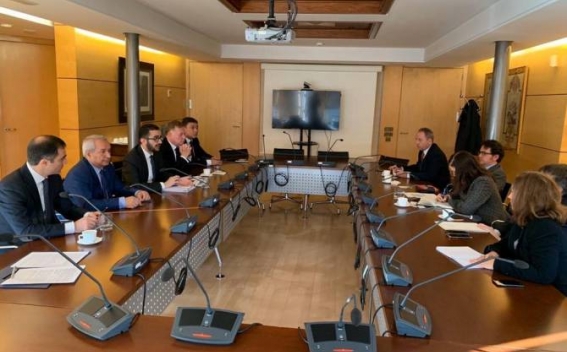 The meeting was also attended by Armenia’s Ambassador to Spain Vladimir Karmishalyan and Consul Eduard Harutyunyan.

The Armenian and Spanish sides highly appreciated this format meeting and its effectiveness. The meeting participants held discussions on the launch of the visa liberalization dialogue, presenting in-detail its various components.

Head of Armenia’s Migration Service Armen Ghazaryan highlighted the fact of effective implementation of the Armenia-EU Visa Facilitation and Readmission Agreements by Armenia which serves as a precondition for the launch of the aforementioned dialogue.

The Spanish partners expressed support to the efforts of the Armenian side aimed at the reforms of the field.