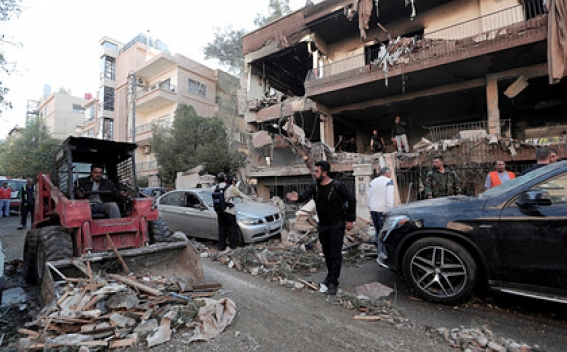 The Israeli military said it struck dozens of targets in Syria belonging to Iranian forces and the Syrian regime in the predawn hours of Wednesday morning, in response to four rockets that were fired at Israel the day before, Reuters reports.

Syrian media reported that two people were killed and others were injured during the overnight strikes.

Video footage from Syria appeared to show a Syrian air defense missile crashing to the ground in a heavily populated area shortly after launching, which may account for at least some of the casualties.