The President of Armenian Football Federation Resigns From Office 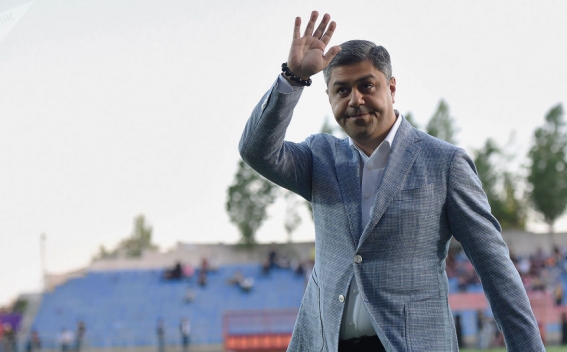 The President of the Football Federation of Armenia (FFA) Artur Vanetsyan resigned from office on Thursday. The decision was made at the FFA Executive Committee session that addressed the current situation around the Armenian footbal, ''Panorama.am'' reports.

“Our football team suffered a major defeat in Italy which is quite concerning. During today’s discussion I suggested to accept my resignation,” Vanetsyan told reporters following the meeting. The Executive Committee will meet on December 23 to elect a new president.

To remind, Vanetsyan, who earlier served as the Chief of National Security Service (NSS) of Armenia was elected the president of the country’s Football Federation last year. The resignation comes after the Armenian national football team suffered the biggest defeat in its history losing to Italy 9 - 1 in the last qualifier for the 2020 European Championship on Monday.