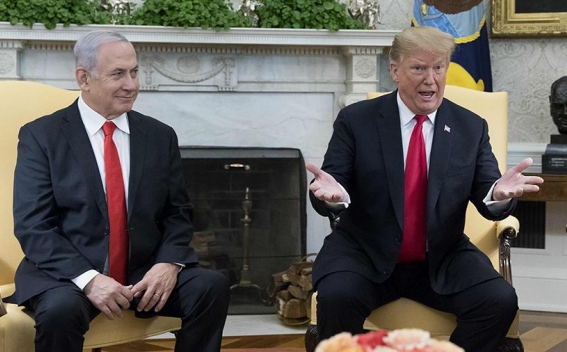 US President Donald Trump spoke Sunday with Prime Minister Benjamin Netanyahu, with the two leaders focusing talks on “the threat from Iran,” the White House said.

“The leaders discussed the threat from Iran, as well as other critical bilateral and regional issues,” a terse statement said late Sunday, Time of Israel reports.

There was no immediate readout on the call from Israel.

The two last spoke on November 19, when Netanyahu thanked the president for Washington’s decision to repudiate a State Department legal opinion that said West Bank settlements were illegal.