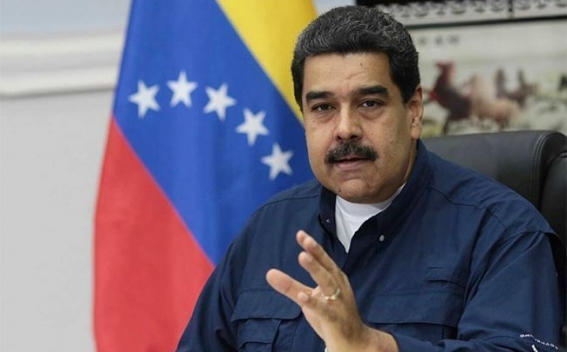 Venezuelan President Nicolas Maduro has invited obsevers from the United Nations, European Union and several Latin American countries to the parliamentary elections that will be held in the Bolivarian Republic later this year, the press service of the Venezuelan Foreign Ministry said on Friday, TASS reports.

"Nicolas Maduro has suggested that the UN Secretary General sends a delegation of international observers to Venezuela for the parliamentary elections which will be held in 2020," the press service said.

The press service said that Maduro also invited observers from Mexico, Argentina, Panama and the European Union to the parliamentary elections.

Maduro earlier said that observers from the Organization of American States (OAS) will not be allowed to monitor the elections in Venezuela.

The political crisis in Venezuela exacerbated on January 23, when Juan Guaido, Venezuelan opposition leader and parliament speaker, whose appointment to that position had been cancelled by the country’s Supreme Court, declared himself interim president at a rally in the country’s capital of Caracas. Several countries, including the United States, most of the EU states, Lima Group members (excluding Mexico), Australia, Albania, Georgia and Israel, as well as the Organization of American States, recognized him as the legitimate leader. Incumbent President of the country Nicolas Maduro, in turn, blasted the move as a coup staged by Washington and said he was severing diplomatic ties with the US. In contrast, Russia, Belarus, Bolivia, Iran, Cuba, Nicaragua, El Salvador, Syria and Turkey voiced support for Maduro.