Trump: Obama Was Awarded the Nobel Prize for Nothing 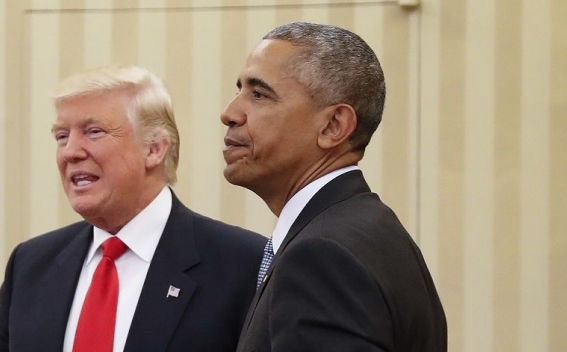 "He was asked: ‘Why did you get it?’ And he couldn’t explain it, remember? " – said the current American leader. According to Trump, the Democratic nominee for the US presidency then said, "And me?", To which he was allegedly replied: "Who the hell is this, and what did he do?"

At the same time, the head of the White House stressed that he had recently been twice nominated for this prize for his actions to resolve the Arab-Israeli and Serbian-Kosovo conflicts. "But the fake media did not report this," Trump said.

Obama was honored with the award for efforts to strengthen international diplomacy.