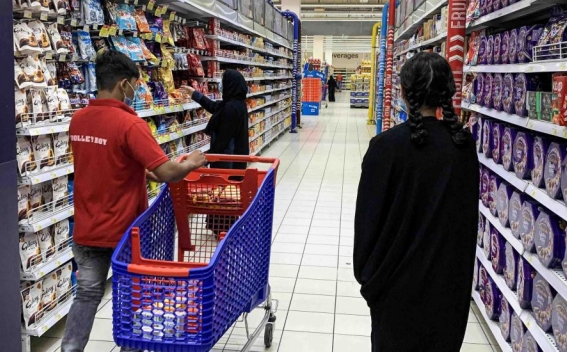 Saudi Arabia is Turkey’s 15th biggest export market and the country is also used as a transit point for Turkish goods.

Some retail chains said they would continue selling the goods until current stocks were exhausted, the French newswire said.

The boycott is based on three No's – no investment, no imports, and no tourism – and comes as a response to statements by Turkish officials in the context of the case surrounding the killing of Saudi dissident journalist Jamal Khashoggi, which Saudi intelligence officials are suspected of carrying out at their consulate in Istanbul, and Riyadh’s role in regional issues.

The campaign started on social media and spread through the populace before local officials in the trade and industry sectors urged Saudi citizens to boycott Turkish imports this month. Products of international brands manufactured in Turkey are also included in the boycott, threatening foreign investment in the country.

The Saudi government has sought to distance itself from the boycott, wary of rattling foreign investors and the possibility that Turkey could lodge a complaint with the World Trade Organisation, AFP said. Authorities have denied placing restrictions on Turkish products and maintain that the campaign is led by citizens, it said.

Karen Young, a resident scholar at the American Enterprise Institute, called the campaign a "kind of political showmanship".

"It's a tactic for Saudi domestic consumption, a signal by the state to citizens on how to perceive and construct an external adversary," she told AFP.

Robert Mogielnicki, a resident scholar at the Arab Gulf States Institute in Washington, said Saudi-Turkish bilateral trade flows were "not significant enough to make or break the economies of either country".

"Turkey stands to lose more in the short term from disruptions to bilateral trade relations. However, Saudi Arabia must tread carefully to minimise any reputation-related costs associated with global perceptions of its trade policy," he told AFP.