European Commission Draws Up List of Sanctions Against Turkey 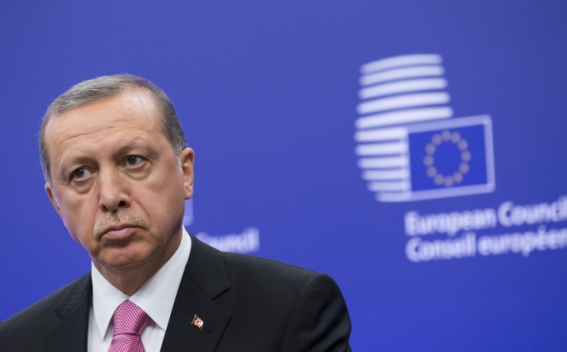 The European Union has condemned the extension by Turkey of its East Med energy exploration activities amid talk of forthcoming EU measures against Ankara, Ahval reports.

European diplomats told AFP Wednesday the European Commission has drawn up a list of potential targets for economic sanctions which could deal a blow to Turkey’s tourism and transport sectors, European leaders are to decide in a December summit whether to impose sanctions over Turkey’s activity.

The EU condemned as “deeply regrettable” an announcement by Turkey that it was extending the mission of a gas-exploration ship in waters disputed by Greece and Cyprus.

“The latest Navtex announcements and the continued conduct of seismic survey activities by Turkey, which is affecting Greek and Cypriot maritime zones, are deeply regrettable – especially in view of ongoing constructive attempts at all levels to create space for dialogue,” the spokesman for EU foreign policy chief Josep Borrell said in a statement on Wednesday.

It called for “dialogue in good faith and abstention from unilateral actions” to defuse a tense situation in the eastern Mediterranean that is undermining EU-Turkey relations.