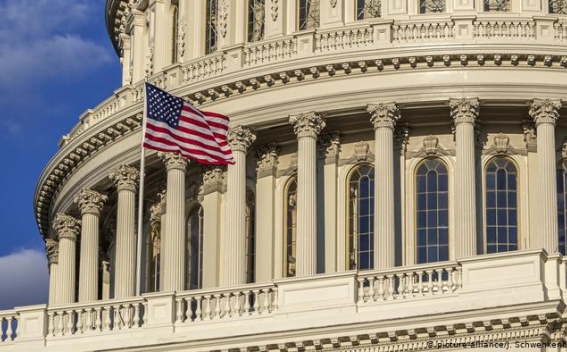 Congress is calling on US Administration to provide a detailed report on aggression in and around Artsakh (Nagorno-Karabakh), demanding a detailed analysis of the impact of US military aid to Azerbaijan and Armenia and its ramifications on the balance of power in the Caucasus region, reported the Armenian National Committee of America (ANCA).

“We welcome this new statutory requirement that the Director of National Intelligence formally report to Congress on Artsakh – drawing upon the full resources of the U.S. intelligence community to identify the initiator of force against Artsakh and on the Armenia-Azerbaijan border,” said ANCA Executive Director Aram Hamparian. “We are confident that this report – and the facts it will confirm about Azerbaijan’s ongoing aggression – will serve as a sound basis upon which the incoming Biden Administration can formally end the Trump Administration’s reckless $120 million military aid program to Azerbaijan’s oil-rich, corrupt, and violent Aliyev family.”

The Congressional request for the Artsakh report is included in the Fiscal Year 2021 (FY2021) foreign aid bill (H.R.133), adopted by the House in parallel to the COVID-19 stimulus package earlier Monday, News.am reports.

The FY2021 foreign aid bill also includes two key restrictions on U.S. military aid to Turkey, blocking funds for the transfer of F-35 aircraft or related weapons systems and stopping aid to the Turkish Presidential Protection Directorate (TPPD), in response to the 2017 Erdogan-ordered attack against peaceful US protesters in Washington, DC.