The Main Messages of the OSCE Minsk Group Co-Chairs' Statement 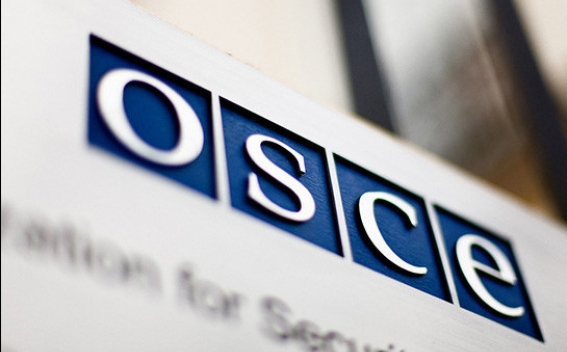 Despite some really important observations, there are a number of problematic points in the statement, which once again not only testify to the mediators' policy of creating artificial balances, but also the strengthening of a number of Azerbaijani approaches in the international perception, which is an evidence of the lack or ineffectiveness of the diplomatic work of the Armenian government.

We'll elaborate further on the content of the statement, the wording in it and its purpose below.

First of all, it should be noted that the statement was quite belated, even after all of this time, the Co-Chairs once again refrain from making a political assessment of the war unleashed by Azerbaijan against Artsakh and from touching upon one of the core principles of the OSCE on non-use of force. Instead, they note with satisfaction the consolidation of the ceasefire. This once again can be perceived by Azerbaijan as a proof of permissiveness, a signal to further continue its aggressive anti-Armenian policy.

It is possible that the OSCE MG Co-Chairs are trying to outline the range of prior issues that have not been settled so far, particularly, the return of all POWs and other detainees,  the lifting of restrictions on access to Nagorno-Karabakh, the preservation and protection of religious and cultural heritage, and so on. The OSCE MG Co-Chairs also touch upon the most recent issue raised by Azerbaijan - the exchange of all data necessary to conduct demining.

It is especially worrying that the urgent humanitarian issue, on which Azerbaijan undertook commitment under the November 10 document, which tough the latter refuses to fulfill - the issue of the return of prisoners- is equated with other issues, including Azerbaijan's demand for maps of mine fields.

However, there is also one "remarkable" point here: fixing the community approach in the following way – “the fostering of direct contacts and co-operation between communities affected by the conflict”. This shows that Azerbaijan’s inter-community approach is gradually strengthening in the perception of the international community and mediators, which in its essence is a serious blow to the subjectivity of Artsakh.

It is positive for us that the OSCE Minsk Group Co-Chairs state that the conflict is still not resolved. It should be solved on “the basis of the elements and principles well-known to the sides”. This refers to the principles of non-use of force, territorial integrity, and the equal rights and self-determination of peoples and the so-called "Madrid Principles". It is on this basis that the Co-Chairs propose to resume the dialogue, to formulate an agenda acceptable to all sides without preconditions and to move forward with that. This is a message first of all to Aliyev, who has recently stated that the conflict has been resolved, the status issue cannot be discussed and the OSCE Minsk Group Co-Chairs can deal with demarcation, humanitarian nature issues. But at the same time the call to agree jointly upon a structured agenda is worrying, as it will give Baku the freedom to push forward exclusively with its demands.

It is noteworthy to mention the observation of MG Co-Chairs on continuing activities and possible expansion of the mission of the Personal Representative of the OSCE Chair-in-Office. It is quite uncertain in the current situation; what mission should Kasprzyk's office carry out when Russian peacekeepers ensure the security of Artsakh and even in Syunik, the Russian military base controls the Armenian-Azerbaijani border in some places?

In general, the statement was issued for the following purposes- to fix the current situation, to give a boost to the resumption of the negotiation process, define the scope of current issues that need to be resolved.

In conclusion, we can state that the statement of the OSCE Minsk Group Co-Chairs contains one important message - despite the recent escalating tensions, including the threats that these tensions could be projected on the Artsakh conflict and turn it into a arena of confrontation and rivalry, the United States and Russia are ready to work together to agree on a common approach.