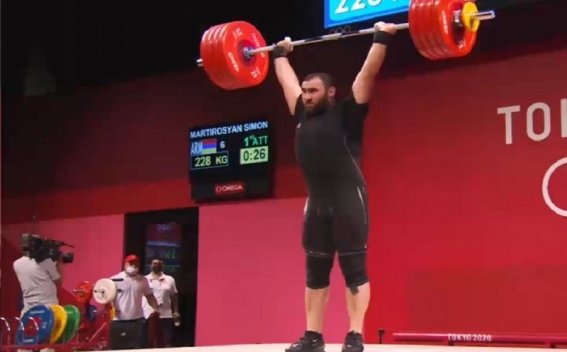 Armenian weightlifter Simon Martirosyan (109kg) won silver at the 32nd summer Olympic Games. In the snatch event he lifted 190kg, then 195kg, but failed to snatch 198kg. The 195kg snatch is an Olympic record, Armenpress reports.

In clean and jerk, Martirosyan failed to lift 228kg and then 238kg. With a mark of 435 Martirosyan finished second.