Damage to Business from Riots in Kazakhstan Surpasses $213 mln 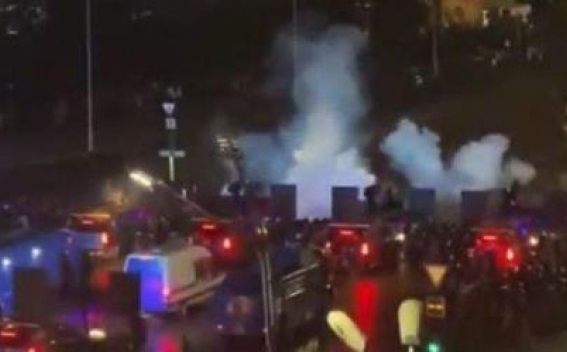 The damage to business in Kazakhstan from riots in the country is estimated at more than 93.7 bln tenge (over $213 mln), press service of Atameken National Chamber of Entrepreneurs reported on Monday, TASS reports.

According to the department, such business sectors as trade, catering, financial sector, and logistics were affected. "In nine regions of the country, 1,319 affected business entities were identified located in 1,488 facilities, in Almaty - 1,234 entities located in 1,399 facilities," the press service said.

Protests erupted in several Kazakh cities on January 2, escalating into mass riots with government buildings getting ransacked in several cities a few days later. The ensuing violence left scores of people injured, with fatalities also being reported. Subsequently, Kazakh President Kassym-Jomart Tokayev turned to the Collective Security Treaty Organization (CSTO) requesting assistance from the Russia-led bloc. As a result, peacekeepers have already been deployed to Kazakhstan. Law and order, Kazakh authorities affirm, was restored to all of the country’s regions by the morning of January 7.