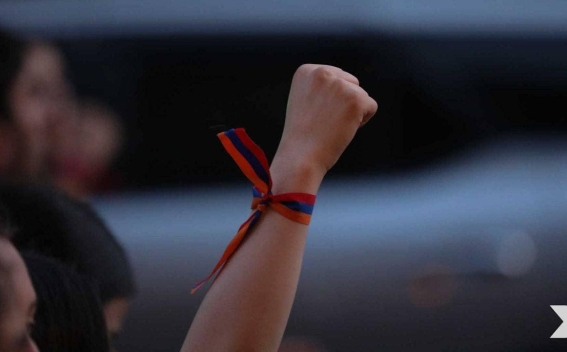 Speaking to reporters on Thursday, he said before the start of the resistance movement there was a feeling that the people did not resist the authorities’ plans to make new concessions to Azerbaijan and were not interested in the issues concerning the security of Artsakh and Armenia.

"The situation changed. The Armenian people made it clear that the incumbent authorities have no mandate to lead the country to new concessions. They sent a clear message to the international community that the policy pursued by the current authorities is rejected by the people,” Saghatelyan said, adding the people have heeded their wake-up call.

He reiterated the need for a change of power in Armenia, saying the opposition has made every effort to that effect.

“However, the main problem remains unresolved. That’s why it is necessary to shift the tactics. We need to spread the movement throughout Armenia and Artsakh. The claims about the suspension of the movement or retreat are just idle talk. Two days ago, Two days ago, we unveiled plans not to take a break, but to expand the movement, which is underway,” Saghatelyan said.

He also defended the decision to dismantle the tents pitched in Yerevan’s central France Square.

“Our task is not to show our determination keeping the tents or to prove something to some circles, but to carry out the struggle effectively and achieve our ultimate goal. This has not been an easy decision, but we are responsible for the outcome of the movement," he said.