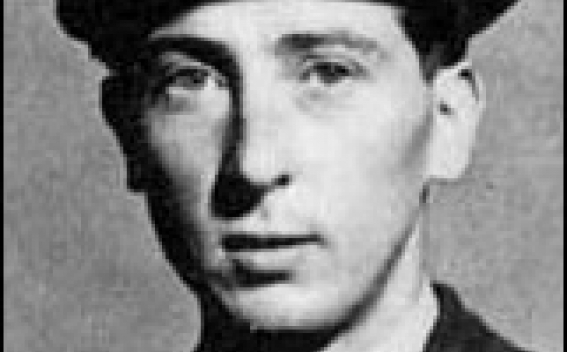 Jack Charles Aghazaryan, one of Britain's bravest spies in the Special Forces Department during World War II. It was due to his efforts that most of the French and British dual agents, people who worked for Nazi Germany, were disclosed.

Agazarian was born in London, in 1915, to an Armenian father, Berdge Rupen Agazarian, and French mother, Jacqueline Marie-Louise Le Chevalier Agazarian, the second of six children. He was educated in both France and England at Dulwich College. After completing his education he worked with his father in the family business.

After joining the Royal Air Force in 1940 soon after the outbreak of World War II, he was recruited as a wireless operator by the SOE.

His brother, Noel Agazarian, and sister, Monique, also joined the Royal Air Force. Monique is known in Britain as someone who developed new methods for pilots.

Agazarian received an honorary commission as a pilot officer in the RAFVR on 10 September 1942,and in December 1942 he arrived in Paris to join the newly formed Prosper network of the SOE as a special agent and was joined later by his wife Françoise Isabelle Aghazarian, a spy who also carried out special tasks during WW2.

“Although we were in the same network, my husband and I were working separately. He worked as a radio operator alone, providing messages from different parts of the world. I was accountable to the network administrator. He liked to give me special assignments, as I could easily go through difficulties," said Françoise Aghazaryan.

Shortly after joining the intelligence service, Jack Agazaryan was sent to France occupied by the Germans to detect the dual agents of France and Britain. During the secret operations he was able to detect many spies.

However, shortly after the secret state police of the Fascist Germany, Gestapo, disclosed Aghazaryan whose presence in France became quite risky. In January 1943 a decision was made to return him to London.

In June of the same year, Aghazaryan returned to France with a new mission. However, after a year he was captured by the Nazis during a secret operation.

Aghazaryan was a massive coup for the Germans, as the latter knew a great deal of state secret information about the British special operations department. After being tortured for a year and half in Fresnes prison, was then moved to Flossenbürg concentration camp. He was kept there in solitary confinement, and was executed on  March 29, 1945.

Jack Agazarian is honored on the Runnymede Memorial in Surrey, England, on the SOE memorial at Flossenbürg, and also on the Roll of Honor on the Valençay SOE Memorialin Valençay, in the Indre département of France. He received a posthumous mention in dispatches on 13 June 1946, and was also awarded the Légion d'honneur and Croix de guerre by France. The Queen of Britain handed a special sword to his family for his exploits.