FMs of Armenia and Slovenia Agreed to Establish Friendship Groups 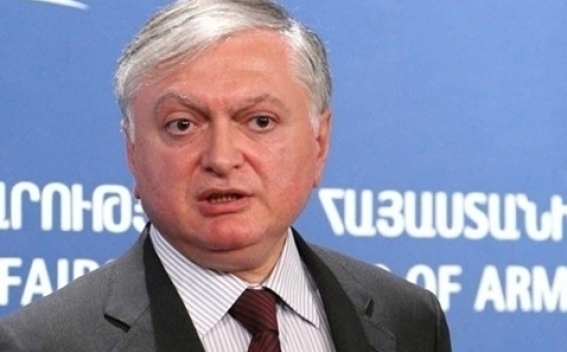 In his turn Nalbandian mentioned that Armenia is willing to deepen cooperation in different areas with Slovenia, and that it is the main message of his visit. Attaching importance to the activation of inter-parliamentary ties, the sides agreed upon suggesting the Parliaments of both states to establish Friendship Groups. Activation of cultural exchanges, cooperation in the spheres of science and education and establishment of decentralized cooperation were on the agenda of the meeting of Foreign Ministers of Armenia and Slovenia.

Speaking about the EU-Armenia cooperation, Nalbandian reaffirmed Armenia's readiness, based on reached achievements over the recent years, to deepen comprehensive cooperation in all possible areas, taking into account Armenia's obligations in other international, integration frameworks.

The Armenian Foreign Minister also presented the developments in the process of peaceful settlement of the Nagorno-Karabakh issue, efforts exerted by Armenia and OSCE Minsk Group Co-Chairs towards the resolution of the Azerbaijani-Karabakhi conflict. In this context, Deputy Prime Minister of Slovenia reaffirmed his state's unconditional support to the peaceful settlement of the Nagorno-Karabakh conflict on the basis of OSCE Minsk Group Co-Chairs' proposals.