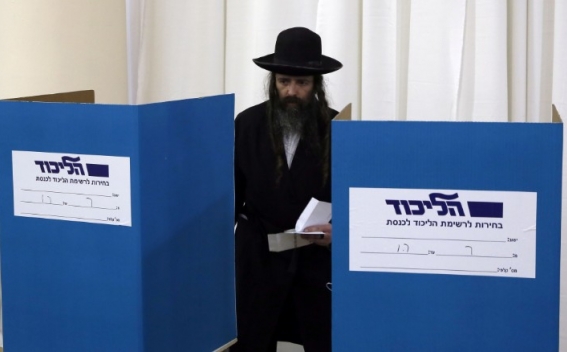 The national elections in Israel that are to determine the composition of the new parliament, the Knesset and of the government to be established based on the election results, have already begun.

Some 5,881,696 million eligible voters started heading to the polls to cast their ballots and to determine the future direction of their country,  SputnikNews.com reports.

According to the recent polls there is ground  to assume  that  ruling Likud Party of current Prime Minister Benjamin Netanyahu may lose the election to the Zionist Union, a center-left political alliance of the Israeli Labor Party and Hantuah.

Israel is a parliamentary democracy, according to which  Prime Minister, who heads Israel’s government, is chosen from among the members of the newly-elected Knesset, Israel’s parliament.

According to the law, 120 Knesset seats will be assigned in proportion to each party's percentage o gained   total vote. The minimum required threshold for a party to be represented in the Knesset is currently 3.25 percent of the total votes cast.