Ban Ki-moon: Netanyahu Should Renew Its Commitment to Two-State Solution 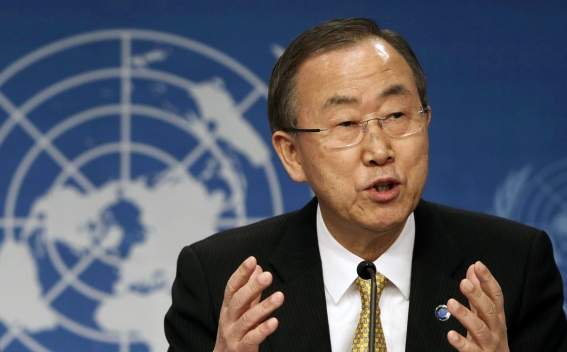 One-state or two-state solution? A question frequently asked during the recent period in Israel. In the pre-election period this was one of the most discussed and argued topics around which almost all parties were building their arguments. However, it was only Netanyahu, whose stance, seemed to have changed in the pre-election period, as he declared that so far as he is the Prime Minister there will not be a Palestinian state – thus in this way rejecting the option of two-state solution.

On March 20 the UN Secretary General Ban Ki-moon, as the Jerusalem Post reports, called Netanyahu to renew its commitment to two-state solution. He also urged the Prime Minister to restart transferring the tax revenue, frozen by Israel, to the Palestinian Authorities. The tax revenues have been frozen since January, after Palestine applied for the membership to the International Criminal Court.

However, even before these criticisms and calls, after the elections, when the Likud party headed by Benjamin Netanyahu received the majority of the votes, in an interview given to NBC News, Netanyahu made a statement trying to explain his pre-election position. He particularly said: "I don't want a one-state solution. I want a sustainable, peaceful two-state solution, but for that circumstances have to change."