The History in Israel Repeats 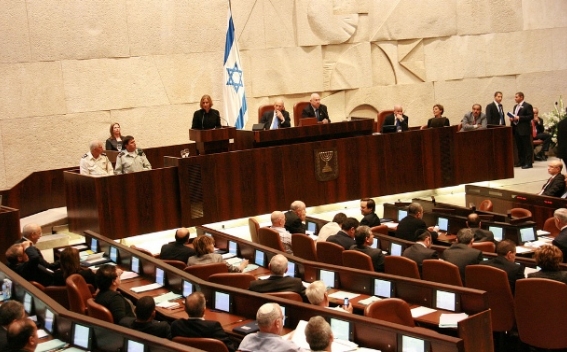 The process of government formation in Israel has started. The Israeli President Reuven Rivlin has already nominated Benjamin Netanyahu, Nikud party’s leader, on the post of Prime Minister to be tasked to form the next coalition, Jerusalem Post reports. As a result Netanyahu received 67 votes in favor to form the new government. This is not a surprise, as the results of the parliamentary elections, which gave Likud party 30 seats in the Knesset, was already prompting that the process will go in this direction.

It is not a surprise either, that the left-wing Zionist Party would not receive as many votes, so as to be able to form the new government – it received 24 votes in favor.

After someone is appointed as the Prime Minister of the country (in this case there is no doubt that it will be Netanyahu), he forms the new government, which then is being approved by the Knesset. As Jerusalem Post reports, Likud, Bayit Yehudi, Shas and United Torah Judaism has already recommended that Netanyahu form the coalition.

Thus everything is going the way is was more or less predicted. Netanyahu will again become the Prime Minister of Israel, he will continue his previous policies – both foreign and internal. The US which has for long years been considered Israel's main ally, still remains so, despite the recent tense relations because of the Iranian nuclear deal and also Netanyahu's statement when he refuted two-state solution, in response to which Obama declared the US will reassess its relations with Israel. A proof that this is not the case and that the US continues backing Israel is the incident that took place today, on March 23, in the United Nations Human Rights Council. The debate on Israeli violations of human rights in the Palestinian territories was boycotted not only by Israel, but by the US as well.