Netanyahu Hopelessly Tries to Include Zionist Union into Coalition 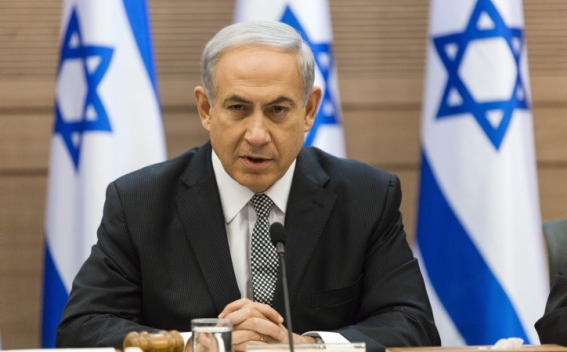 With many difficulties and in a rush, as very little was left to the deadline, the Prime Minister of Israel Benjamin Netanyahu was able to form a coalition with Jewish Home. However, this was not an easy task, as he had to promise a lot to the Jewish Home, for which he was then criticized. Nevertheless, there is already a coalition and the next step Netanyahu should do, is to form the cabinet, the deadline for which is May 13. Before that Netanyahu wants to enlarge the cabinet enabling the government to have 20 instead of 18 ministers.

As The Jerusalem Post reports, the cabinet has already voted for that bill and on Monday the bill will be put in Knesset voting. If the bill passes, Netanyahu will start consultations with Likud lawmakers to understand who gets what ministerial post. According to the Times of Israel there are a number of internal fights within Likud for the ministerial post. It is even said that Netanyahu still wants to keep the Foreign Minister’s portfolio in a hope of expanding the coalition and giving that portfolio someone from Zionist Union, particularly the leader of the Union Isaac Herzog.

However, Herzog still very firmly says that he will not enter the coalition. Moreover, he has promised to bring down the government by leading a fighting opposition.

Netanyahu’s intentions to expand the coalition, was criticized by Yesh Atid leader Yair Lapid, calling it "corruption at the expense of the public coffers."

"We will take it to the High Court of Justice if necessary, because what Netanyahu is trying to do is waste public funds in order to award himself political comfort while hurting the democratic process," – the Tomes of Israel quotes Lapid’s words.

As for the expansion of the cabinet, it has passed the first phase without any difficulty,  it will also pass the second one as well, despite the criticism of the opposition. What refers to Herzog’s becoming the Minister of Foreign Affairs, it is quite difficult to predict. If we take into consideration his stance and words, then he would hardly agree to this position, but if we also remember about the real politics is, then this option at least should not be excluded.