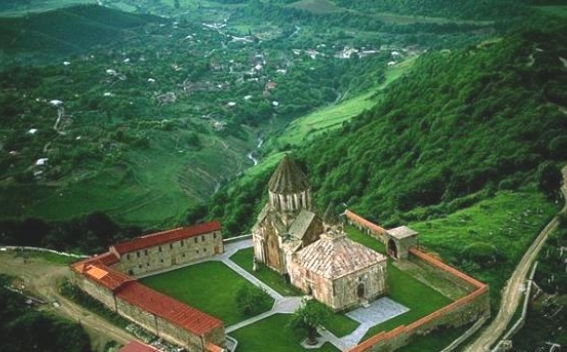 The confrontation between Russia and West worsened in recent years in different parts of the world, and the South Caucasus with its strategic position could not have been an exception, the expert of the "Insight" Analytical Center for Applied Policy and Research Narek Minasyan noted.

Commenting to the portal Sputnik-Armenia on the Stratfor report, Narek Minasyan argued that Russia and the West will try to keep the South Caucasian card for the extreme escalation, however according to Minasyan it is still too early to talk about it.

In the report of American private analytical company Stratfor the experts noted that the center of the confrontation between Russia and the West could be transferred from Ukraine to the Caucasus - Georgia, Armenia and Azerbaijan.

"It is obvious, that the West-Russia confrontation worsened in recent years in different parts of the world. In such situation, the South Caucasus, with its strategic position, could not been an exception," - Minasyan stated.

According to him, Russia, US and EU have their own interests in the region and, of course, there is a rivalry between them, which is expressed in their attempts to strengthen their position and to establish partnerships in the region. According to expert the integration processes in the region in recent years proceeded in the frames of this policy.

In addition, Minasyan  expressed interest in the seeming  reverse process, the fact that the same South Caucasus, in particular Nagorno-Karabakh conflict, had become one of the rare points of cooperation between the West and Russia,

"It is in the framework of OSCE Minsk Group, Russia, the European Union, represented by France and the US are trying to facilitate the negotiation process as much as possible, preventing an increase in tension between the conflicting parties," -  Minasyan concluded.