Iran and Russia Will Deepen Their Military Cooperation 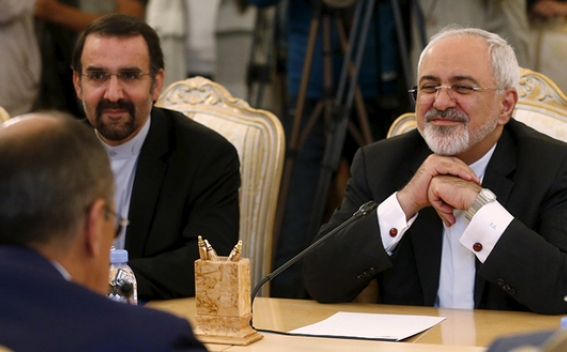 Russia and Iran have signed this week a memorandum on the implementation of the agreement for the delivery of the Russian S-300 missile defense systems to Iran, a senior official from the Russian Federal Service for Military-Technical Cooperation said, Sputnik reports.

"This week, a memorandum on the implementation of the agreement to supply Russian S-300 missile defense systems to Iran has been signed," the official told RIA Novosti. He added that the memorandum does not specify a specific time frame, the number of systems to be delivered or prices.

It should be noted that in 2007 Iran signed a contract worth $800mln to buy five Russian S300 missile defense systems. But in 2010 Russia suspended the delivery due to pressure from Western countries over sanctions on Iran’s nuclear program. However, in January Tehran and Moscow signed an agreement to broaden their cooperation in defense sphere, Iranian News Agency FARS says. The agreement was signed by General Dehqan and his visiting Russian counterpart General Sergei Shoigu in a meeting in Tehran. The Iranian and Russian defense ministers agreed to resolve the existing problems which have prevented the delivery of Russia's advanced air defense systems to Iran in recent years.

In April 2015 Russian President Vladimir Putin removed the ban on the delivery of the missile shield to Iran. And the Iranian side said it hoped the air defense system will be delivered to Iran before the end of 2015.

After the signing of the Iranian nuclear deal Iran demanded a solution to this problem. The problem of the delivery of the Russian S-300 missile defense systems was one of the main issues that were discussed during the visit of Iran’s Foreign Minister Mohammad Javad Zarif to Moscow in August 2015, Al-Monitor says.

Now the signing of the memorandum means that Russia is going to use these new geopolitical realities and deepen military and defence cooperation with Iran.

As expected, the Pentagon warned Iran of possible U.S. military action because of Tehran’s deal with Russia, World Bulletin reports. "We don't see this as a positive development", - Pentagon spokesman Peter Cook told reporters. He said the US may respond even with "military options". As The Hill reports, Cook noted the U.S. has expressed its concerns to Russia over the sale. He also added that "they are confident in their capabilities, even if that system is sold".

The American Congress is still to vote on a resolution of disapproval ont the nuclear deal in September. Thus,  the deepening of the military cooperation between Iran and Russia may create obstacles for the US President Barack Obama as he tries to press Congress to back the Iranian nuclear deal. At the same time, Israel may use this as a tool to activate its anti-Iranian campaign.